Cruising California with the 2016 Kia Sedona

My husband will never admit it out loud when anyone is listening, but with two kids, he secretly loves when we get the chance to drive a minivan like the Kia Sedona. On top of that, the 2016 Sedona was not like other mini vans we have driven. Once inside, it felt more like an SUV with its cupholder / shifter design and the fixed centre console. This was a plus in the look, but it meant that my purse and bag of snacks were tossed behind the driver”™s seat instead of easily reachable. Inside the console there was lots of storage, which was a nice place to throw a few water bottles to keep them from rolling around! 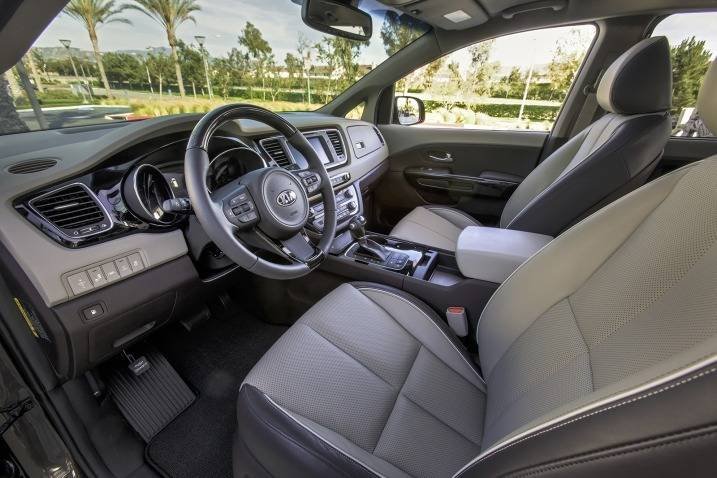 There is nothing easier to cart around a double stroller, two kids (with car seats), a mother-in-law (you can read more about why we love multi-generational travel here), and luggage!

We had the opportunity to drive the Kia Sedona for a week while we were visiting California and can never go back to driving a smaller car again! 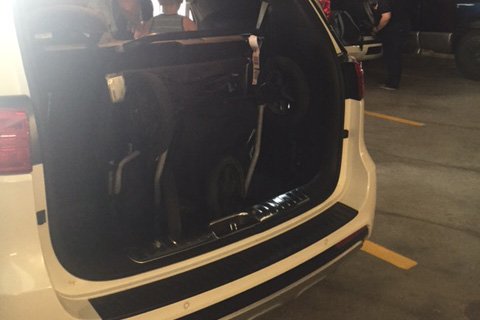 The huge trunk easily fit our double stroller. A compact car does not give us this option. Although our boys are getting older, since we were visiting Disneyland, we knew they would both need to rest those little legs from time to time! We also had two suitcases and a couple carry-on”™s so having the extra room was a nice touch.

The automatic sliding doors, are such a nice feature when you have little ones who cant quite pull a door open by themselves. And lets face it, the kids love pressing the button and magically opening the doors! While it may be something relatively basic these days, compared to driving an SUV, it was a nice perk to the mini van. 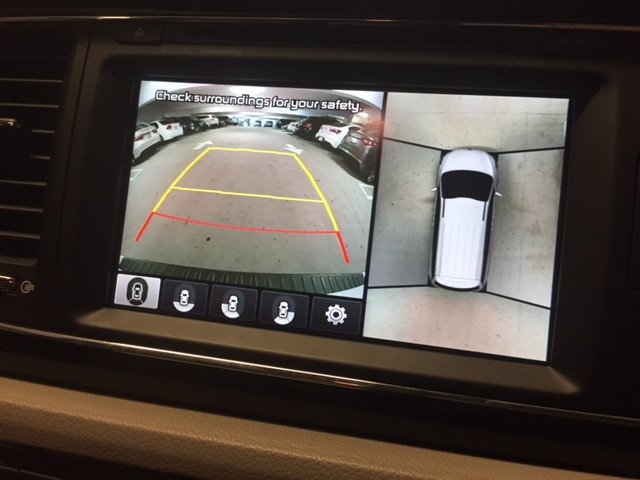 360 degree Birds-Eye-View and Backup Camera was great for navigating all of those parking garages!

The bird”™s eye view camera system was a godsend as we navigated the parking structures of Anaheim. We found ourselves backing up next to pillars and other vehicles and the camera was awesome! When you are parking in new places, it is always nice to have that extra view to ensure no-one is getting their bumper kissed!

Because California road-trips can often involve a lot of driving or typical LA gridlock, Grannie liked the lazy boy style foot rest in the middle two seats. She could put her feet up and relax (well in between passing snacks, water bottles and attending to the boys ”¦ I like the front seat for a reason hahah) 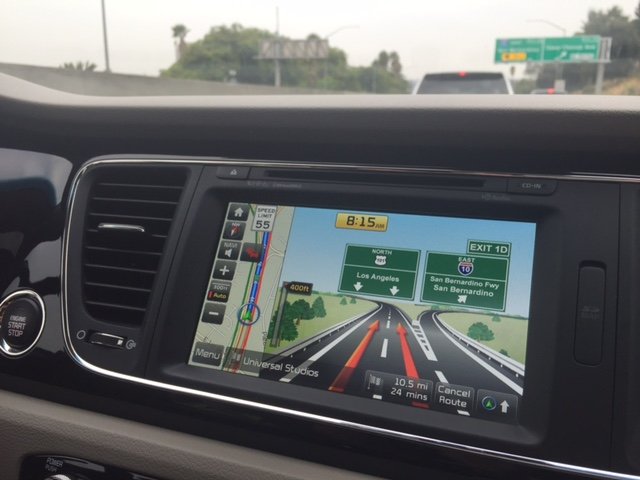 On our way to Universal Studios!

While the navigation system took a little getting used to, it was so nice to have it built in. It is one less gadget required!

One of the features that we did not like, was that he second row captain”™s chairs were not removable. They could be adjusted into several different positions, but there was no stow feature to flip them into the floor, or easily remove them. Because we often put the boys in the third row, we like to flip one of the captain”™s chairs into the floor to allow more room to move in and out, especially when buckling and unbuckling car seats all day!

The boys”™ chief complaint was the DVD player which came out of the centre console in the front…  Because we put both the car seat and the booster seat in the back row, they were not able to easily see the tv screen.

Overall the Kia Sedona offers the mini-van critic husband, a great driving experience, as its power from stopped beat his small sports car at home. More importantly, it meets mom”™s safety needs. With 6 airbags, brake assist, stability control and lane departure warning as just a few of its great features, it gets the thumbs up from me!

[su_frame]If you found this page helpful, i would love it if you would pin, share or tweet it on whatever social media platforms you use! Every little bit will help us fund our travels and continue to bring great content to our site![/su_frame]