Last week we ventured from Vancouver to Anaheim California for what was supposed to be a wonderful trip to visit Disney. The kids talk of Disneyland often and we had planned a surprise visit just after school started to avoid the crowds and enjoy the festive Halloween decor. 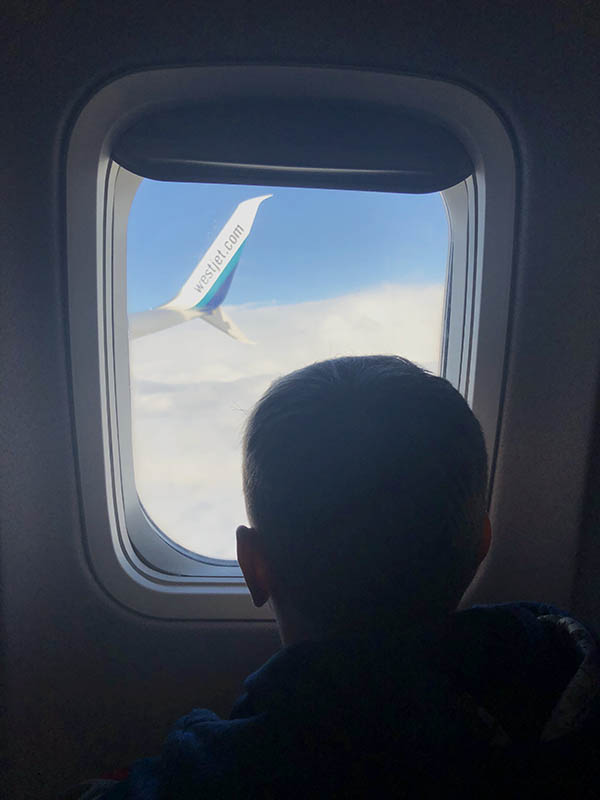 Dreaming of Disneyland from 37000 feet

However, it did not turn out to be the vacation we had planned as Markus, my newly turned 5 year old ended up with a fever that would not stay down despite, almost constant, doses of Tylenol and Advil. He is my happy-go-lucky kid, and with a usual fever and runny nose he will bounce right back with a dose of either of those, but that was not happening this time. He was lethargic, completely stuffed up, and soooooooo hot! I do not travel with a thermometer as I do not see any reason to see how HOT my kid actually was, I tend to go by their body language and how hot they feel on the back of their neck.

Clearly Markus was not himself.

We dosed him up and I carried him to Disneyland from our hotel. He was excited to go, despite not feeling well and I thought a dose of Advil and Tylenol would do the trick. His mood was better and he was acting more himself. We spent the $15 and rented a stroller because his 50 lbs is not so easy to carry around!

Well we saw stormtroopers and sporting his jedi robes and sword he instantly attracted their attention! He was happy to stand for a photo but said he was NOT going on Star Tours. He is my brave kid, he was not himself. After the photo he was quickly back into the stroller, just not having any energy at all. He quickly fell asleep in the stroller and slept for most of the rest of our Disneyland visit.

He asked to go to the hotel and asked to snuggle in bed, a typical move of a sick kid. So back to the hotel we went, and he quickly was into bed and asleep. He did not sleep well and was tossing and turning and insisting on sleeping ON me and was burning hot all night.

I learned that chewable Advil is not a good idea to try and give a sick kid in the night but I had packed it for convenience. I will stick to the liquid stuff now, as long as they will take it. Thankfully I had some liquid Tylenol that I could get into his drowsy state and with a warm cloth on his head (that he insisted was freezing) he went back to sleep.

In the morning he continued to be very hot and lethargic and I decided that an Urgent Care visit was necessary. I am not one of those mom’s who is quick to head to a doctor and usually let my kids wear off their germs without heading to a doctor. But that mom-instinct told me this one was not going to be one of those. His poor mouth looked awful. I am assuming it was strep throat.

A $12 cab ride to the closest centre (the Paradise Pier had a map to all of the closest hospitals) and a phone call (thanks to my Tello Mobile) on the way had my insurance company notified and we walked into an empty waiting room. The insurance company already had the urgent care centre in their system (I am not surprised, since it was the closest one to Disneyland and I am sure many Canadian’s have their visits go like mine). 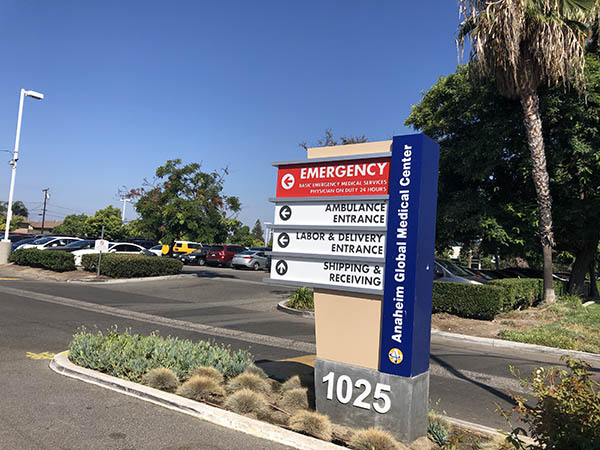 I was thoroughly impressed by the ER in the USA. If I had walked into a Canadian hospital with a suspected strep throat case, I would have sat there ALLLLLLLLLL day. Hours and Hours. But within 5 minutes of sitting down a nurse called Markus in and took his vitals. While he was doing that the doctor showed up, took a look at his mouth (and him) and said he assumed it was strep, but would do a swab and send a prescription across the street to the Walmart Pharmacy for us.

Literally less than an hour and we were headed to the Pharmacy! Even a typical walk-in clinic in Canada would have you waiting at least an hour just to see a doctor on a typical day. We were back to the hotel before lunch and Markus got to lay down again and rest. 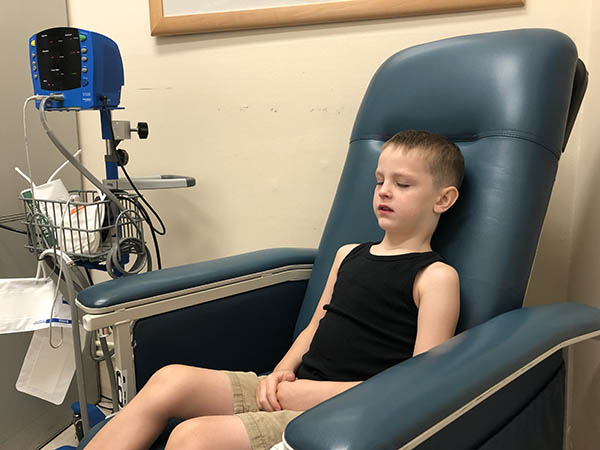 While most people think Canadian’s get “FREE” healthcare (let me tell you it is not FREE, we pay insanely high income tax for this “luxury” and have all day wait lists in hospitals, hours or waiting for stitches or casts or x-rays) I would gladly reside somewhere where I can actually get a good level of CARE like we had at the Urgent Care centre in Aneheim.

They did tell me the morning was the best time to come, usually between 5am-9am is their slowest time, and there were no trauma incidents. But only two other people came in while we were there. There were also only about a dozen seats, which goes to show how much time is spend in the waiting room. In Canadian ER’s there are about a hundred seats, usually full of sick people with typical flu germs as well as those who need things like stitches, x-rays for broken bones, or those who are suffering from things like kidney stones, non-critical patients who come in by ambulance or those who are suffering with mental illness or chronic pain.

While our happiest place on Earth visit was not what we expected, what I know most about travel with kids is that you need to manage your expectations, and do not have set ideas as how you think things will go.

We were able to enjoy a few days in the park and watched the fireworks from our hotel, and despite being unwell for the first couple of days, Markus proclaimed that yesterday he was having a “great time” and then a few minutes later asked if he could go to sleep yet!

I have another post on Visiting a Doctor in Jordan if you want to read more mis-haps on our adventures!

Have you had a travel experience not go as planned? I would love to head how you handled it.